Best Things to Do in Ecuador & Incredible Places to Visit Ranging from the misty jungles and roaring waterfalls of the Amazon in the east to the salt-sprayed Pacific seaboard in the west, Ecuador encompasses everything from wondrous cloud forests to brooding volcanos, Andean peaks, and Incan ruins between its borders. Check out the top spots that every traveler here should be sure to have on their itinerary on our list of the best places to visit in Ecuador:

Best Things to Do in Ecuador & Incredible Places to Visit

Once just a sleepy little fishing town rising from the mangroves and crawling dune vines on the Ecuadorian Pacific, Canoa now boasts a distinct air of confidence and panache.

During the day, tanned locals canoe and kayak over the rollers, while surfers hone their skills on the challenging left-to-righters during the high-season (typically running from December through to spring). When night comes, the town’s clutch of Rasta bars and bamboo cocktail shacks comes alive with Pisco sours and the chatter of travelers, fusing a low-key hedonism with a bona fide South American beach town feel.

Some two hours along the Pacific Coast from the southern, seaside metropolis of Guayaquil is where travelers will discover the good vibrations of Montanita; a salt-sprayed string of a town that’s made up largely of lean-to bars and bamboo shacks along the beach.

Home to one of the most reliable and accessible surfing spots in the country, this one’s bursting to the brim with board rentals and surf teachers offering their services.

Night time is the domain of Marley and the Wailers, while the sunsets bring out the yogis, who pepper the boulders and cliffs stretching and unwinding in the ocean breeze.

In short, if you’re after a blast of Caribbean living and Cali free love in Ecuador (plus some great surf ops), this is the place to go! 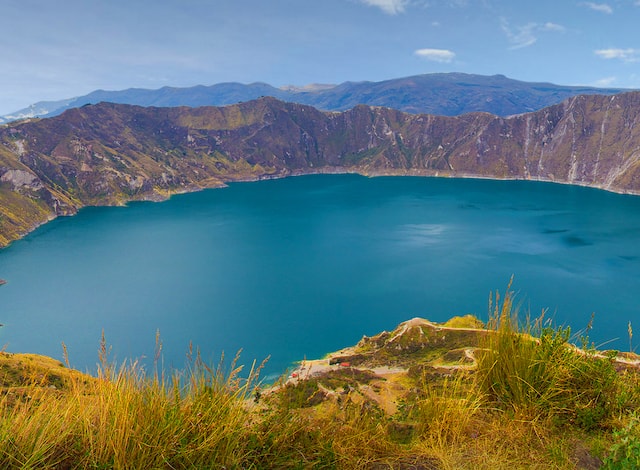 The Quilotoa Loop is made up mostly of small, Andean villages that surround the famous crater lake Quilotoa. The reason this is a don’t miss in Ecuador is not just because of the lake, which is lovely, but for the unique and rich culture of the high mountain villages. We arrived in the village of Quilotoa after traveling up mountain passes whose valleys are home to wandering shepherds and their flocks. It’s probably one of my favorite bus rides in the whole country. The town survives on the tourism the lake attracts and it’s filled with cozy hostels, little shops, and restaurants. 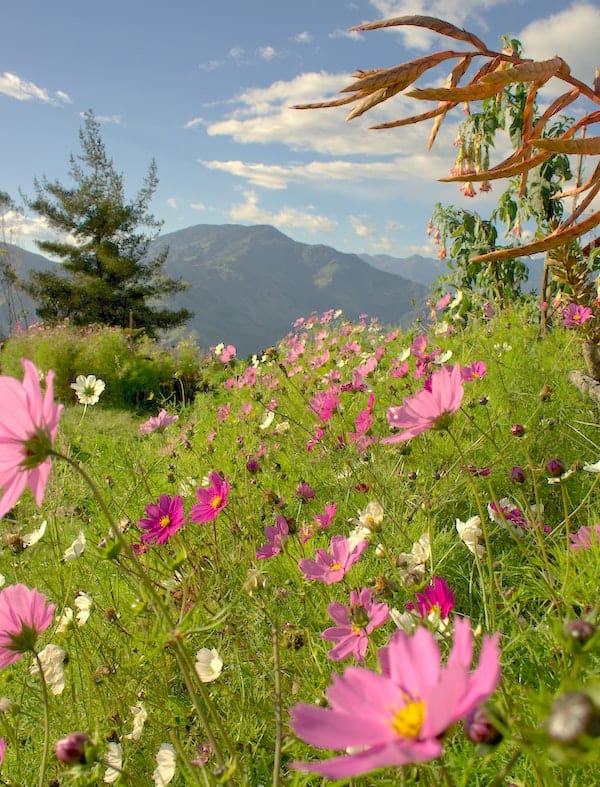 Baños is situated near the active Tungurahua volcano and is surrounded by dense green forest. The geothermal hot springs are the number-one attraction and the reason why we head here after a long week at work. But we’re not alone, foreigners and locals alike flock here almost every weekend to bathe in one of the mineral pools around town. Spas offering an assortment of treatments can be found on almost every street. When it comes to the ecological gems of the Amazon, the Cuyabeno National Reserve is the most popular spot for travelers. A diverse section of jungle, it is home to an incredible amount of flora and fauna. Over 450 species of fish and over 500 species of birds have been recorded here, including the hoatzin, one of the strangest birds of the Amazon forest – it looks kind of like a small, brown-and-white striped turkey, and the harpy eagle, the largest and most powerful bird of prey in the Americas.

Known as the “most extensive and important complex” of pre-Incan Empire ruins, Cochasquí is a vast network of ancient pyramids and archeological constructions of the Cara people. These were strong people, and they fought off Inca invaders for two years before finally falling.

As it was used for ceremonial and astronomical purposes, the side was of great significance to the indigenous peoples who built it. In the whole compound, there are 15 pyramids and 21 burial mounds, as well as several educational museums about the site. While some of the compound is excavated, much of it still lies underground waiting to be uncovered. Still, it is a mystifying area to explore, with the massive Mojanda volcano looming in the background, adding a flair of drama to the whole scene.

Lying off Ecuador’s coast, the Galapagos Islands are like nowhere else on earth. This island chain has been untouched for centuries. Visitors will now find it teeming with unique wildlife and endemic species, not found anywhere else. Nature abounds both above and below the ocean’s surface throughout the Galapagos!

A visit to Galapagos National Park can be like wandering through a living museum. Visitors regularly encounter sea lions and iguanas by simply walking around the port or beaches.