Colombian typical food is as diverse as its people and culture. However, there is a common trait amongst them: they are packed with carbohydrates and proteins, and usually contain very few vegetables. Understandably, this was needed in the past to fuel the energy-demanding labour of Colombian peasants. Nowadays, however, some of these dishes can be a little too much for urban dwellers like us.

Bandeja Paisa is a traditional meal from the Paisa region of Colombia, which includes the cities of Medellin, Santa Fe de Antioquia, Guatape and Jardin. In fact it is so well-loved it has been adopted as Colombia’s national dish. This hearty meal usually contains white rice, red beans, ground or minced beef, plantain, chorizo sausage, corn, pork crackling, fried egg, arepa and an avocado. The ingredients can vary between cities and restaurants with certain ingredients being added or taken away. Portion size can also vary between the full meal and half or a quarter of the traditional plate size. Sancocho is hearty stew that’s popular all throughout South America with a few regional variations. As far as ingredients go, the Colombian sancocho usually includes everything except the kitchen sink. Jokes aside, you’ll often find a sancocho with a few different kinds of meat, plantains, potatoes, corn, and yucca. It’s also served with a side of white rice and a few slices of avocado.

Sancocho is an integral part of Colombian culture. It’s normal for families to gather over the weekends and have a sancocho, which is best compared to the kind of backyard barbecue you may find in other countries. If you see plumes of smoke rising from the trees, chances are it’s just a sancocho cookout and not a serious fire danger. Another popular street food and an unmissable staple during the holiday months of November and December, buñuelos can best be described as fried dough balls that are somehow simultaneously sweet and savory. You can find some filled with cheese, but the Colombian version is fairly plain and sprinkled with powdered sugar.

Calentado: also known as calentao, this breakfast dish was originally a compilation of all leftovers from the day before: rice, beans, plantain, meat… Think Bandeja Paisa mixed in a pan and reheated.

Easily the best in the country, this delicious grilled sausage is only available in the little town of Santa Rosa de Cabal (hence the name). The chorizo is “meaty” and generously seasoned. Right off the grill, it’s succulent inside and crunchy on the outside. When in Santa Rosa, head to Choripaco or Don Julio, two places with great chorizos.

Fiambre: Bandeja Paisa meets Tamal, is the best description for this dish. All ingredients of a Bandeja Paisa are wrapped in a plantain leaf and steamed for hours. It was originally made as a takeaway meal for peasants and travellers.

Another typical Colombian soup is ajiaco – and this one we love! Chicken and three types of potato are simmered to form the base. The types of potatoes are key here, as each lends a different texture, one of which actually dissolves into the broth. Corn on the cob is added, as well as guascas, which gives ajiaco its distinct flavour.

Served with rice, avocado, crema and fried capers; this not-quite-stew is the epitome of comfort food. Though delicious enough to eat any time of day, it’s especially warming on those chilly Bogota mornings; or when you need a little boost after a night of aguardiente.

Find it: On menus across the country, particularly in Bogota. We often found the best Ajiaco at smaller, nondescript restaurants tucked away on side streets.

This is a specialty found primarily in the coffee regions high in the Andes. Where cold, mountain streams criss-cross the countryside. Now, never in my life until visiting Colombia have I seen fish prepared this way. The entire thing butterflied wide open, dredged in flour and deep-fried whole. Bones and all.

It’s ridiculously simple, yet this was something we found ourselves eating a little too often. 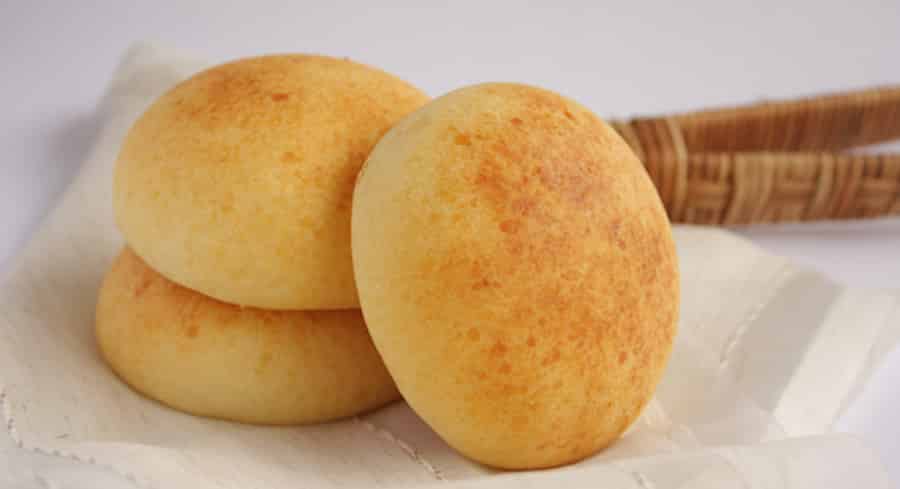 Don’t get this word confused with “almohadas” when you go to a cafe to order. Almojabanas are a tasty, cheesy bread and “almohadas” are pillows. However, almojabanas are so fluffy and sensational that they might as well be little pastry pillows.

They’re great when paired with your morning coffee or as an afternoon treat, and they’re usually filled with cuajada cheese and made of cornflour. Ecuadorian Food is abundant and diverse. Despite the fact that Ecuador is a small country …