Set to the lively rhythms of salsa and merengue, spiked with three great chains of Andean peaks, scented with mountain coffees and dressed in everything from misty rainforests to rolling pampas, there’s a reason that Colombia reigns as one of South America’s real bucket-list destinations. Check out this selection of the best Tourist Attractions to visit in Colombia:

Cartagena is the crown jewel of Colombia’s Caribbean coast and one of the best-preserved colonial destinations in the Americas. Take a stroll through the historic walled city, and you may feel as if you’ve stepped back in time to a different era.

Maybe it’s the 13 kilometers of centuries-old walls, or the colorful colonial architecture, many of which are now beautifully restored restaurants and luxury hotels. Perhaps it’s the bougainvillea-covered balconies along the labyrinthine streets or the soaring Catholic churches that tower above every plaza. Whatever it is, visitors can’t help but fall for this Caribbean charmer.

Beyond the old city center lies laid-back Getsemani, and along the oceanfront is Bocagrande, a newer part of town, where upscale condos and hotels fight for prime seafront real estate. And less than an hour away by boat are islands and beaches, offering ideal getaways and day trips.

The Pacific coast of Colombia is often overlooked by tourists visiting Colombia. The relative difficulty of getting to the Pacific coast (the area is only accessible by domestic flights), coupled with the lack of Internet and developed tourist infrastructure, makes many people opt to visit a place like Cartagena on the Caribbean coast or islands such as San Andrés instead. But there are many things to see and do on Colombia’s Pacific coast. 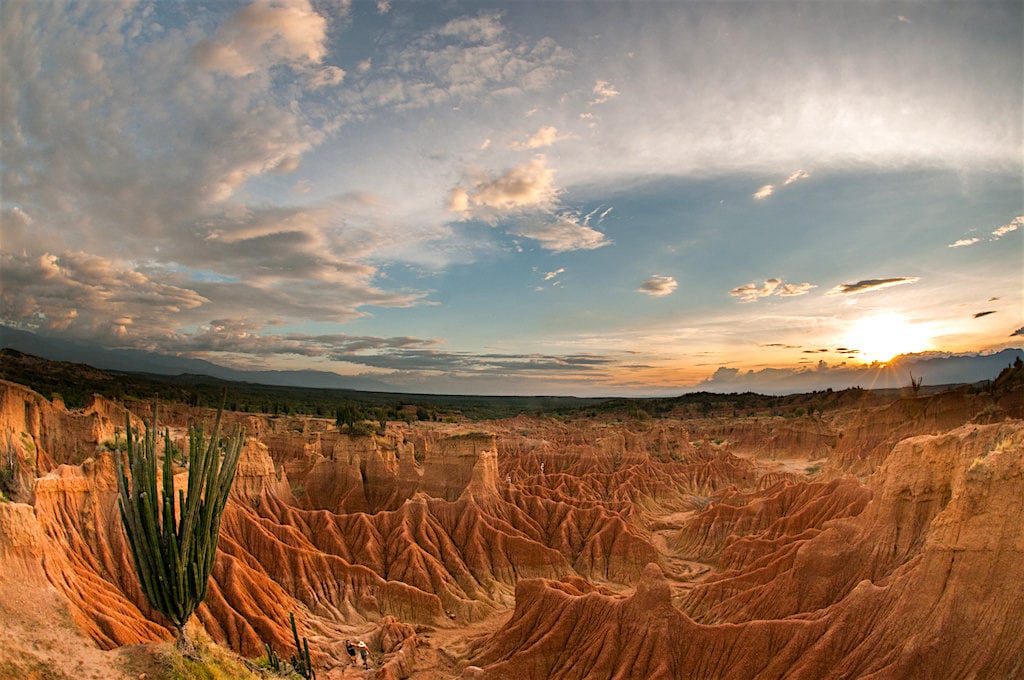 Colombia’s Pacific coast can be considered somewhat wild and mysterious. And it’s also considered rather remote. But for the slightly more adventurous traveler who wants to experience untamed nature and undiscovered beauty that is off the beaten path for most foreign tourists, the Pacific coast can offer some of the best of Colombia.

The Pacific coast region of Colombia is one of the most biodiverse in the world. In addition, the local hospitality is unparalleled. And the beaches are the perfect place to relax and soak up the silence – when the rain stops long enough for you to enjoy them.

Picture the Amazon, and Colombia may not be the first country to come to mind – which is odd, because about a third of the nation is blanketed in its thick (and often impenetrable) jungles. The capital of the vast Amazon Basin is the small frontier town of Leticia, which sits along the banks of the mighty Amazon River, right where Colombia bumps up against Brazil and Peru.

Leticia makes a great base for eco-tourism, wildlife safaris, or hikes into the Amazon to learn about the indigenous tribes that call this area home. The only way to arrive here is by plane from Bogotá, and you can continue onward by boat either downriver to Manaus, Brazil, or upriver to Iquitos, Peru.

Much of Colombia is still undeveloped jungle, and Ciudad Perdida is nestled right in the heart of that jungle. Also known as the Lost City of Teyune, Ciudad Perdida is a pre-Columbian settlement that was constructed around the eighth century by the Tayrona Indians. The settlement was once a thriving hub of culture, but today all that remain are stone terraces in circular shapes, many of them overgrown by the surrounding jungle. The area is popular for longer guided treks, where participants can hike from camp to camp and experience the pristine, natural environment of the jungle.

Travelers who love their java will definitely want to visit Zona Cafetera (Eje Cafetero) where almost half of Colombia’s coffee crop is grown on the slopes of the Andes. Visitors can learn more about coffee at El Parque del Café, a park that has a botanical garden with coffee plants and an amusement park. The Zone has a gold museum featuring pre-Columbian artifacts. The tower at the Catedral de Manizales offers stunning views of one of the region’s main cities. Visitors can also take a dip in thermal springs at Santa Rosa and San Vincente. The region also is a good place to hike in the Andes.